In search of the Old Age Pension records - Part Three

I’m sorry to report that my search is not going well. I do have an idea of what we are looking for and have a greater understanding of how the process worked, but I also have also seen documentation that leads us to believe that valuable information was systematically destroyed.

Let’s start with the positive

With kind permission of the NRS here is an example of the form used to claim your old age pension from when the system commenced in 1909.

Considering that civil registration didn’t begin in Scotland until 1855 and that many of the pre-1855 parish registers have been lost, damaged etc. the information that must have been filled in on the forms above could have been really useful. This would especially have been the case in situations where a family member appears to have moved from one area of the country to another or has a common surname. The date and place of birth called for on this form could unlock many family histories.

These form were to be given to the postmaster who was to pass them on to a representative of HM Customs and Excise. This is a governmental department which has been subject to various changes over the years, making it difficult to trace what may have happened to specific records.

As I have discussed in previous blogs, when no proof of age could be presented by a Scottish claimant, a search could be made in the census or marriage records. It seems at first this was done by the GRO themselves; later (and no later than 1919) the searches were made by officials of the Customs and Excise.

We have again found sample forms: notice that they are perforated. It would appear that one part was kept by the Customs and Excise Department in Edinburgh whilst the other half was sent on to approve (or disallow) payment of the pension. 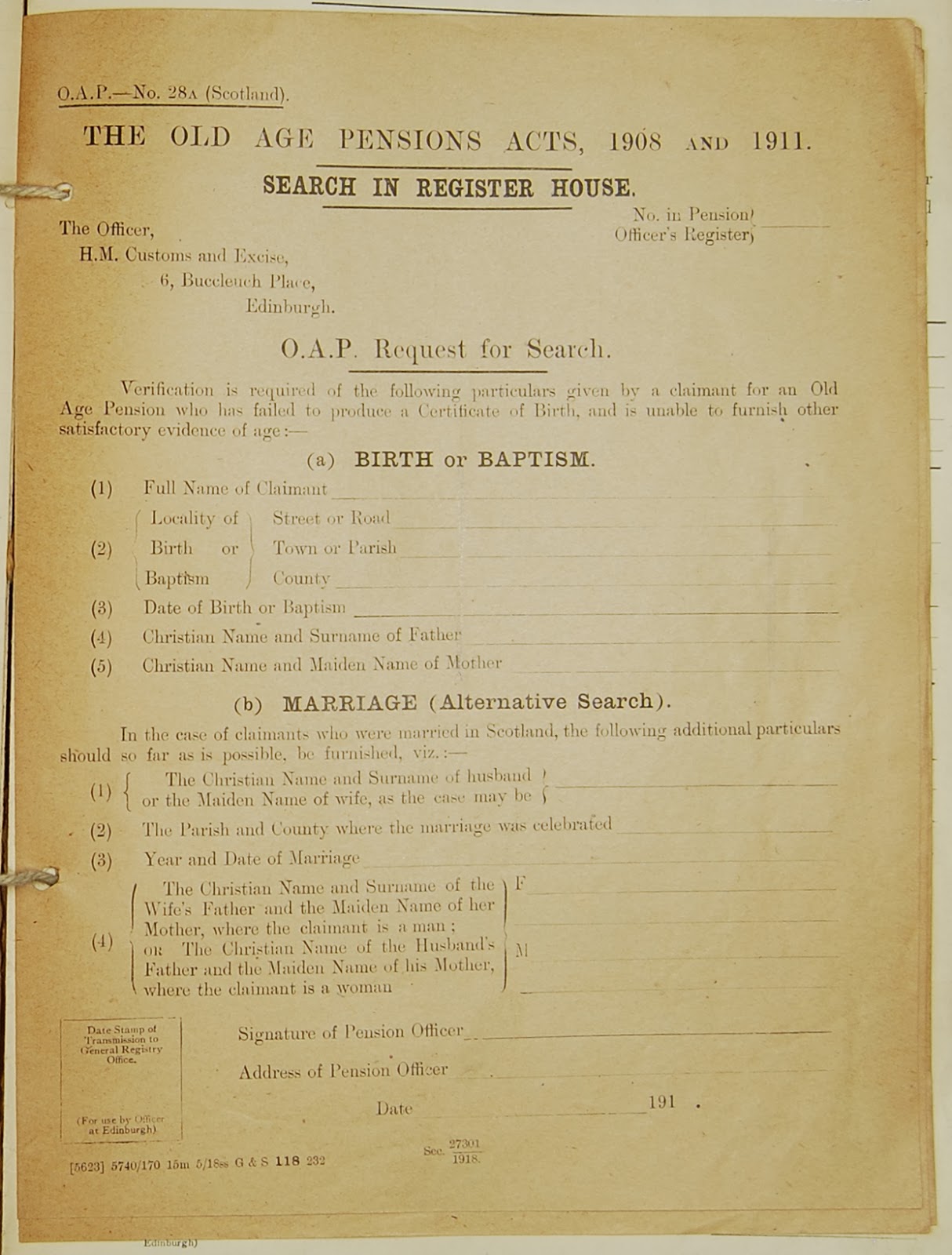 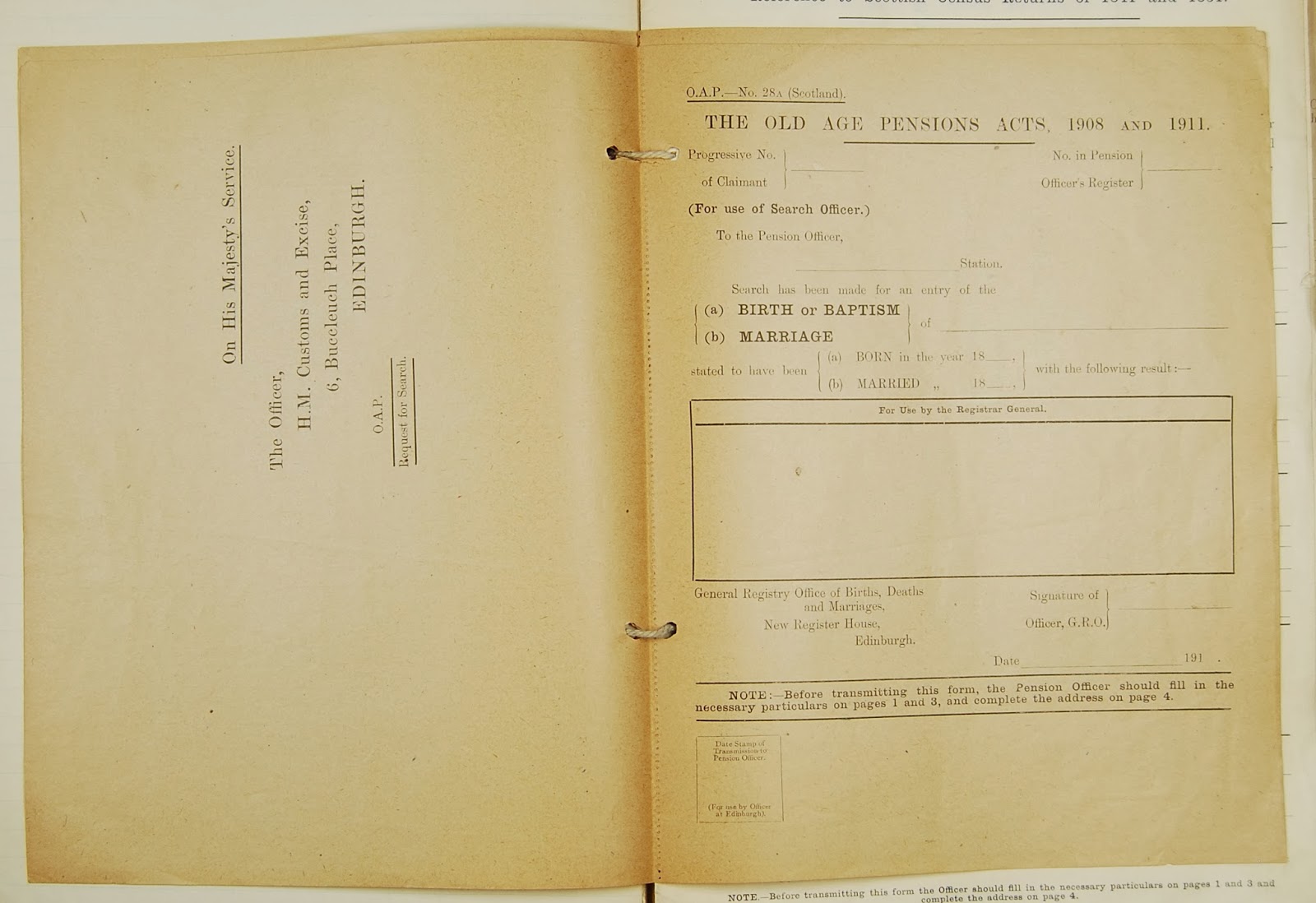 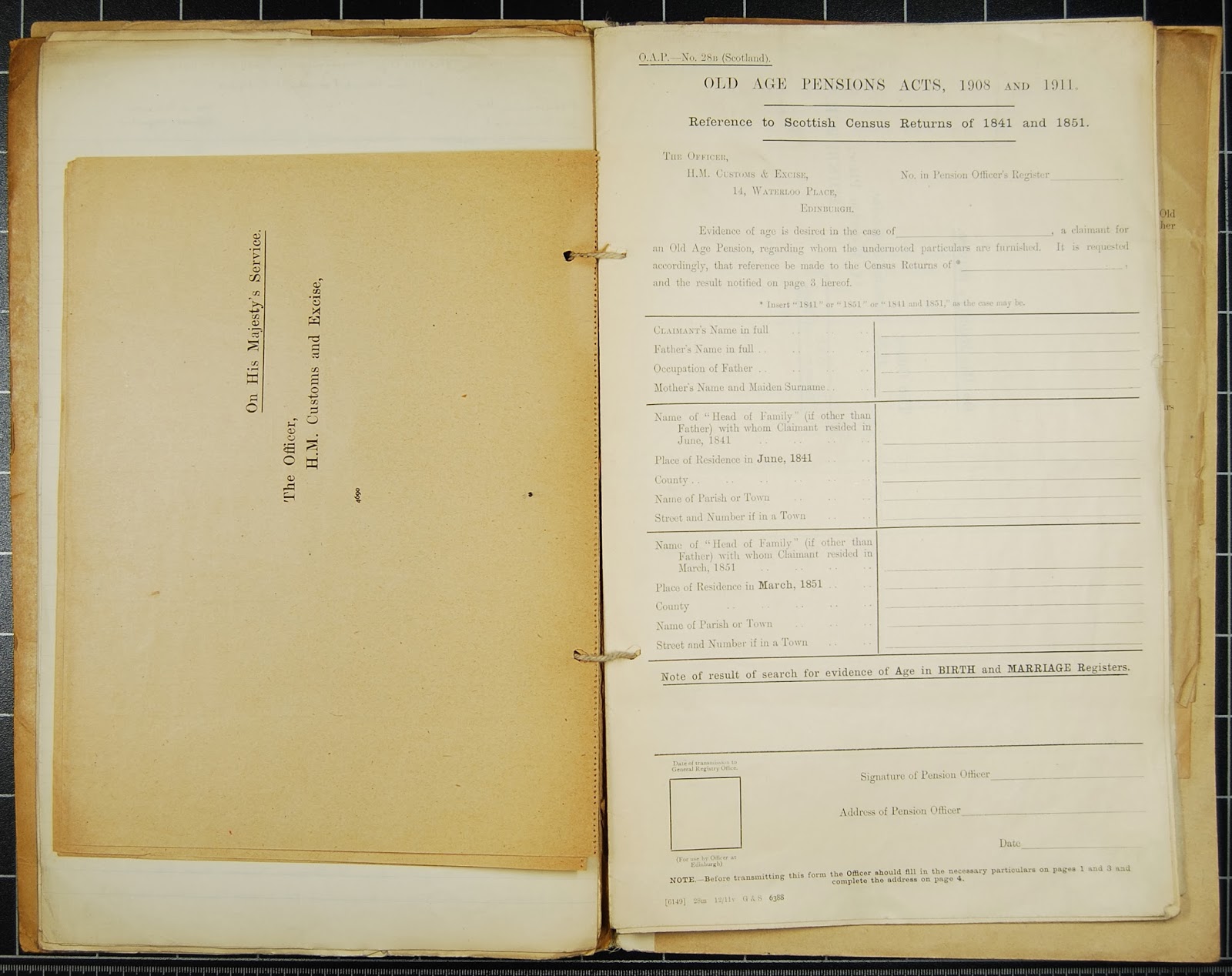 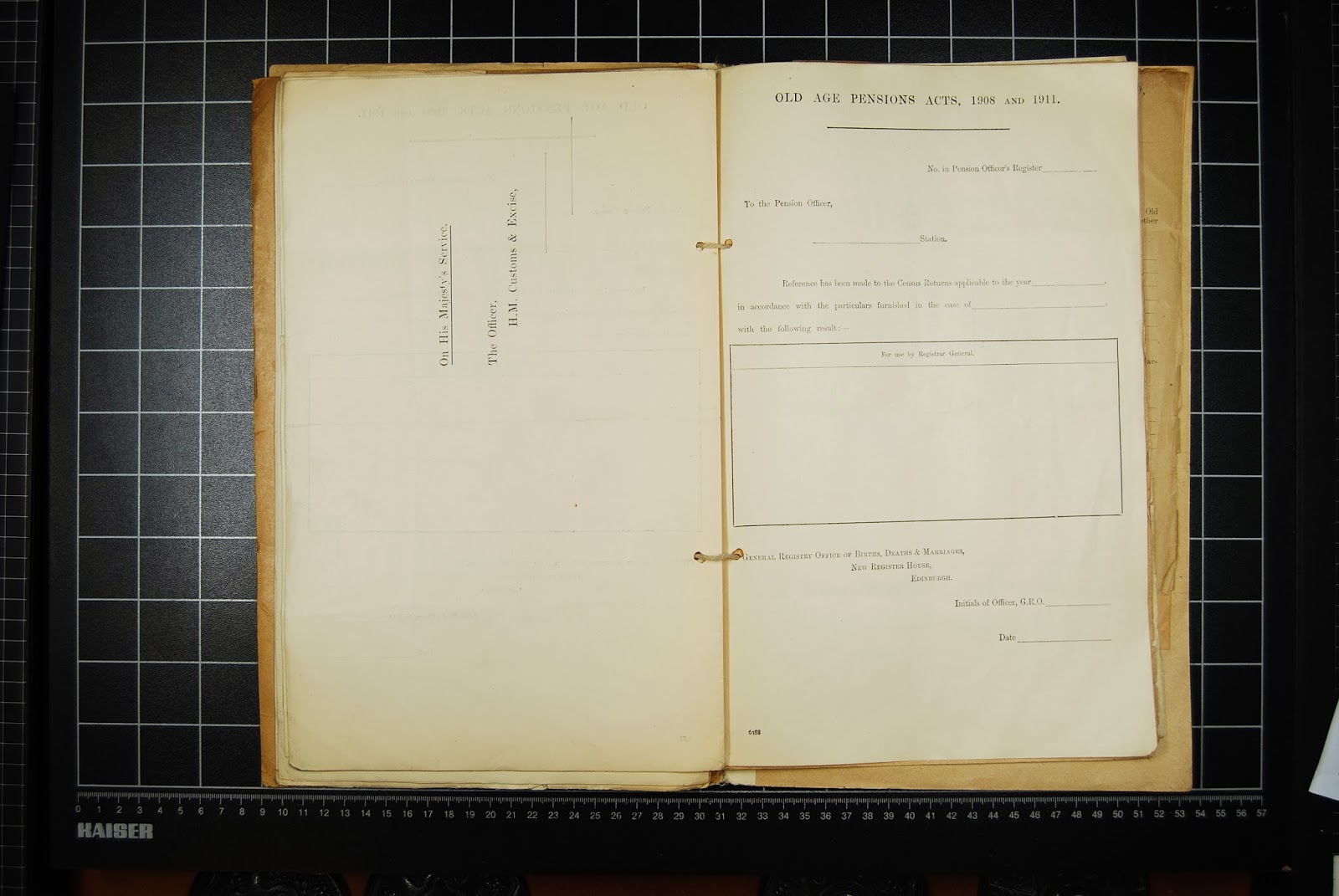 Where did these forms go?

Reading a file (GRO5/1250) in the NRS on Friday, worryingly called “Destruction of Documents”, I read that many records were systematically destroyed. The reason for much of this destruction was a paper shortage during (and after) the First World War. In fact across governmental departments documents not considered to be of “sufficient public value to justify preservation” were to be destroyed. It’s not looking good...