I’m sorting through the photos from this morning (before I forget the order). Here’s another well preserved gravestone from Hobkirk Kirkyard. 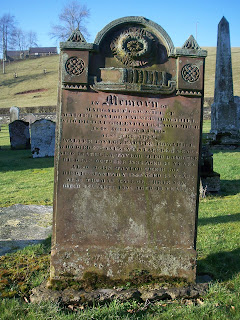